Both the 1998 animated Mulan and the recent live-action remake draw from an ancient Chinese poem entitled The Ballad of Mulan. This poem is not as well-known to audiences as the European texts that serve as fairy tale fodder for other movies. Western audiences are primarily familiar with the story through the animated film and may miss the allusions that help to shape the 2020 Mulan. These shout-outs add character depth and underscore the gender themes of the classic Chinese poem. Knowing what to watch for can level up your viewer experience and keep this from playing like yet another live action reboot. 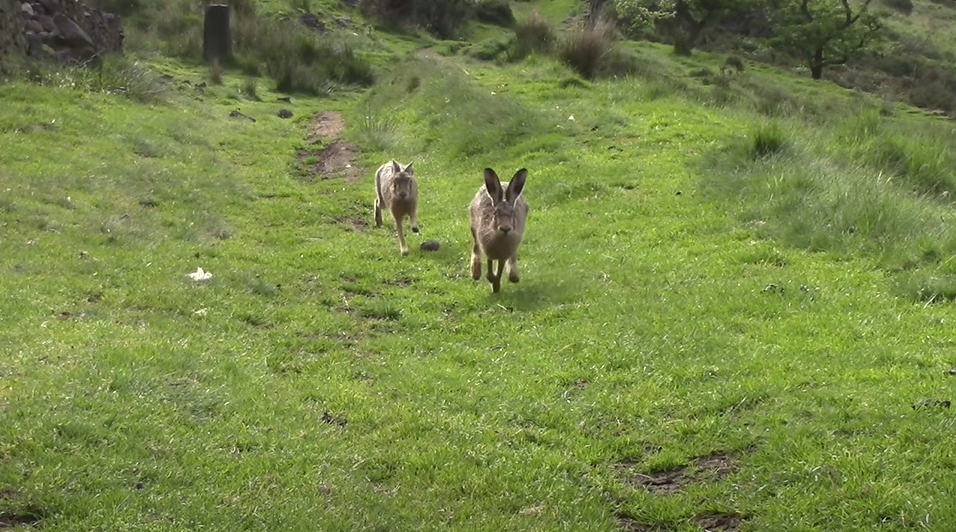 At the conclusion of the poem, Mulan is visited by her army buddies, who are shocked to discover she is a woman. They muse among themselves that if a female and male hare run alongside each other, you can’t tell which is which the way you can if they stand still. Similarly, how can you tell a woman is a woman if you see her in action alongside men? This moment is echoed towards the beginning of the film. Mulan rides spirited and carefree through an open field past a pair of hares. When she arrives home, she excitedly tells her parents how she kept pace with the hares and puzzled over their genders without coming to a conclusion. Her family is not impressed by this gender-neutral wildlife report and inform Mulan that she has an appointment with the matchmaker. 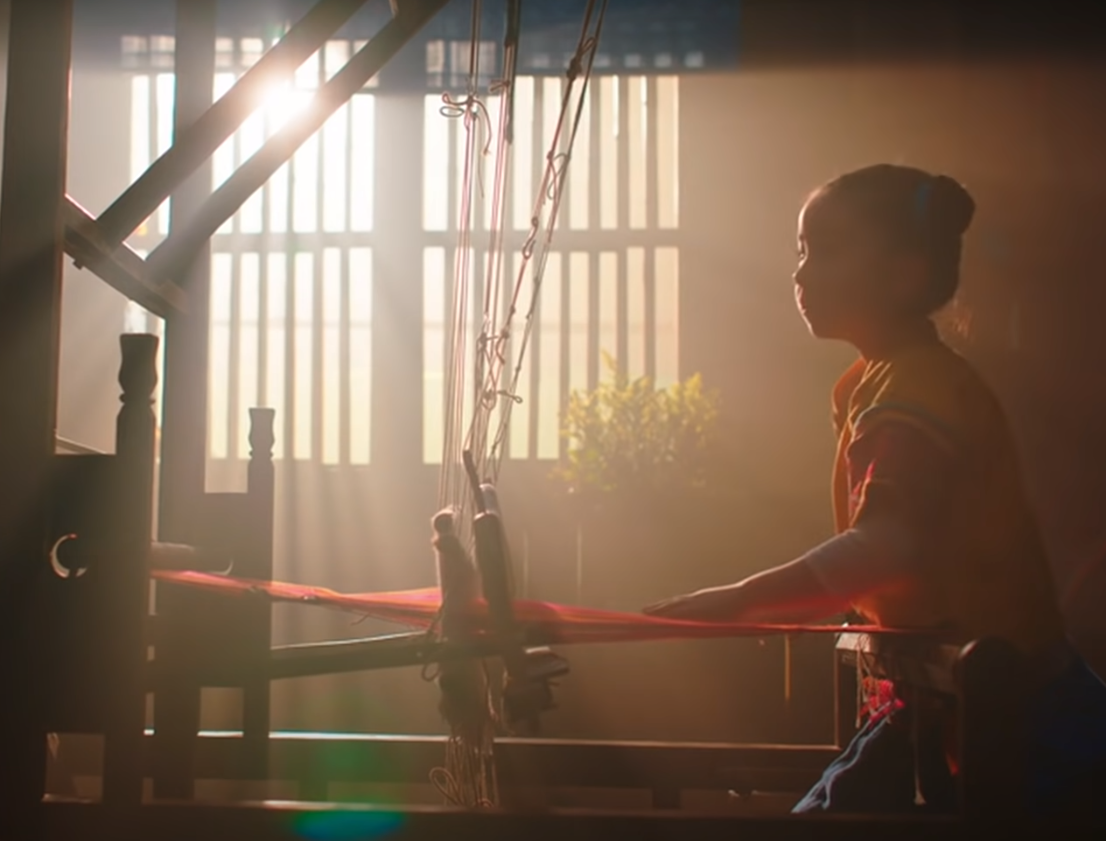 The poem opens with Mulan working a loom, a traditionally gendered activity, before she abandons her work and goes shopping for war gear. The live action film ditches this domesticity and introduces a young Mulan as she chases a chicken up a three-story roof in a feat of martial parkour. Meanwhile, the loom is operated by her younger sister, Xiu. This foreshadows Mulan’s martial pursuits while Xiu sticks to a feminine, domestic role.

The Power of Sisterhood 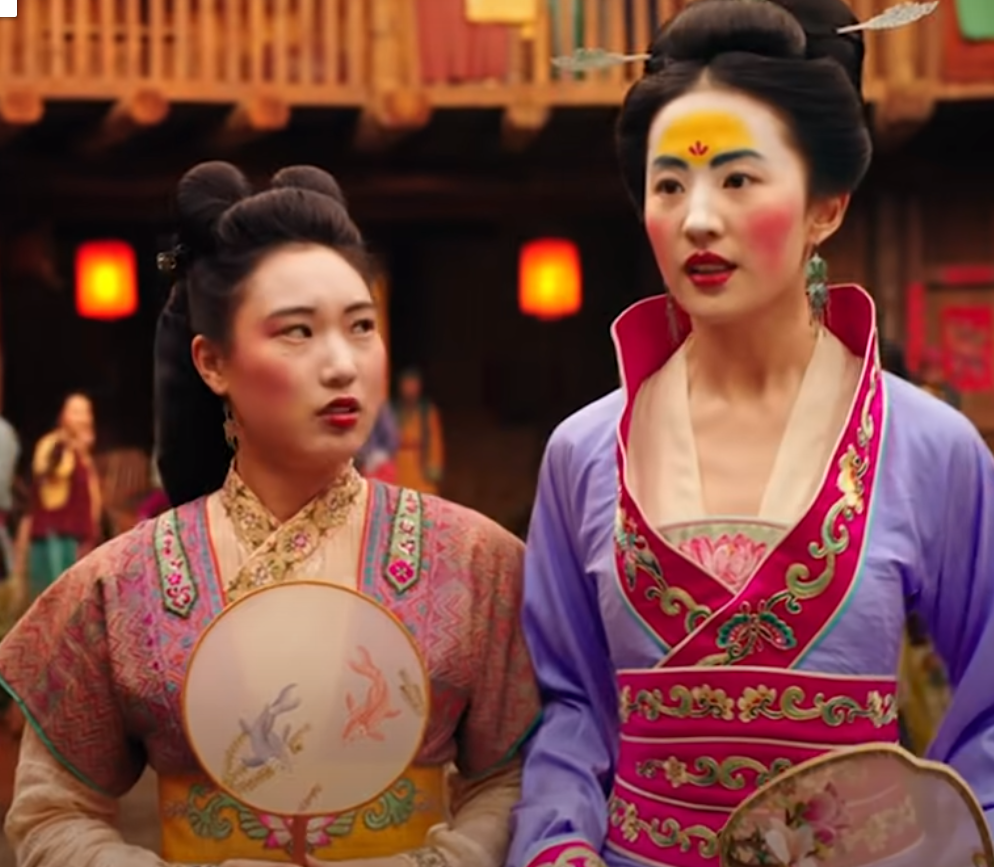 The 1998 animated film robbed Mulan of her siblings, an unnamed older sister and younger brother too little to go to war. Only-child Mulan is by nature less heroic than Mulan-with-siblings. With Mulan as the second-born daughter, it seems that she must be braver and more capable than her older sister because she answers the call to arms even though there’s a more mature person around to do it. Her taking up the role for her younger brother further underscores her heroism and masculinity.

In the remake, her brother is still AWOL, but she now has a sister, Xiu, who is younger than Mulan and in need of protection. Dainty Xiu serves as a foil to her tomboyish sister. She takes Mulan’s place at the loom, has a deathly fear of spiders, and gives her parents no grief about her marriage prospects.

Mulan’s characterization as a defender is enhanced during the matchmaker scene, when she destroys the tea set to kill a spider that sends Xiu into a panic. She protects her sister both from small-scale and large-scale defenders. While the cartoon Mulan only had an aged, disabled father to protect, this Mulan would lose a little sister if the enemy stormed her village compound. When Mulan returns home a victor, she interrupts Xiu’s own matchmaking appointment. The matchmaker has found Xiu a man to kill spiders for her—a position that didn’t need filling until Xiu lost her female defender.

Reconciliation to her family 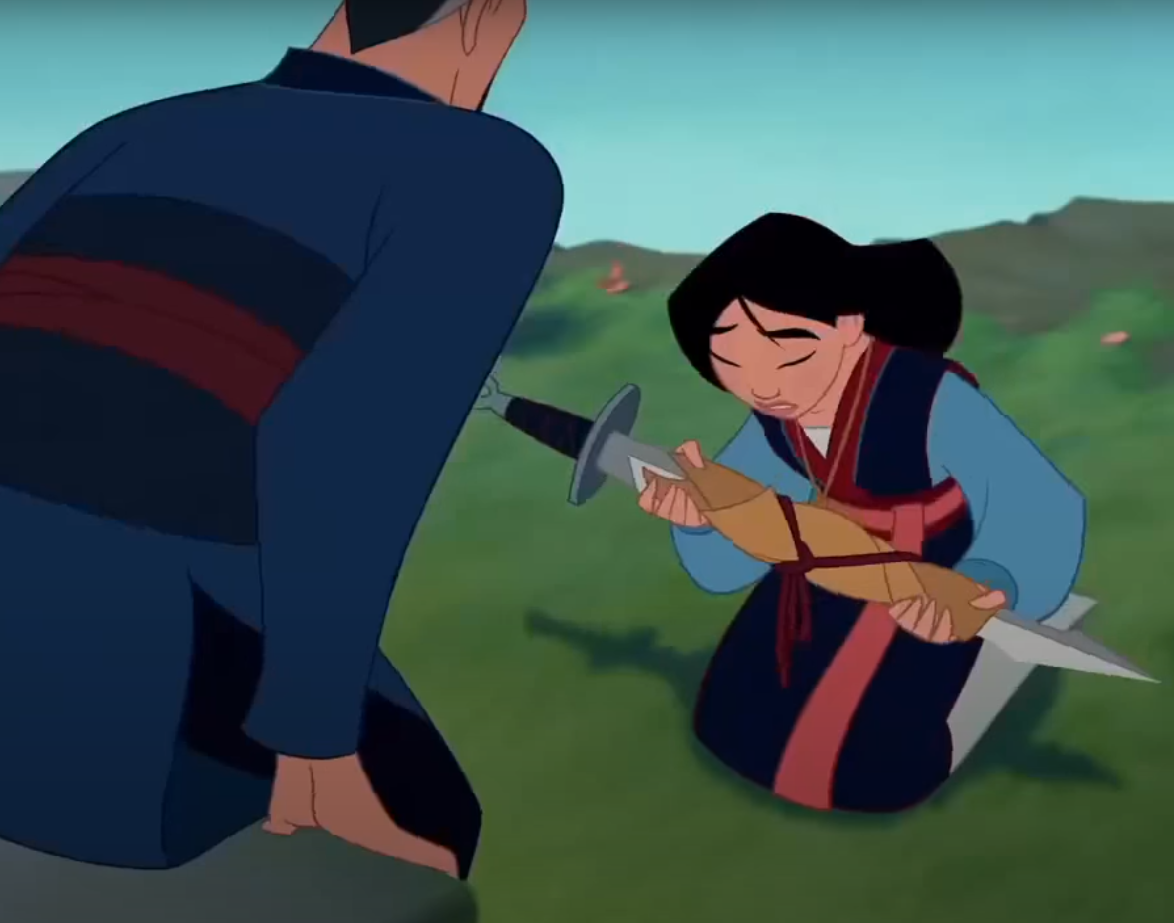 In the ballad, Mulan’s family life holds center stage while her time in the war is only given a few lines. The 1998 film featured an individualistic heroine coming into her own. This purportedly didn’t resonate with communally-minded Chinese audiences. Disney madeeffort to court Chinese favor in this remake. This new Mulan isn’t interested in self-reflection. She has a family to honor.

Introspective musical numbers “Reflection” and “True to Your Heart” are replaced by the credit song “Loyal, Brave, and True,” which traces Mulan’s quest for integrity. The Chinese characters for the three virtues are inscribed on Mulan’s sword and her commander uses them as a rallying cry before battle. Mulan is so unsettled by her own deception that she nearly confesses her cross-dressing to Commander Tung. Being untrue makes her a dishonorable warrior and a dishonorable daughter.

As in the poem, Mulan turns down a promotion to return home and reunite with her family. The poem leaves her reasoning ambiguous. She could be worn down after years of war or simply missing everyone. But the new movie explains that Mulan feels the need to apologize to her father for stealing from him and living a lie. Her family accepts her repentance and welcomes her home.

There is one key difference to her return. In the poem, Mulan pointedly returns to her femininity, donning her old dress and applying her make-up. Assuming her family haven’t blabbed about their daughter’s cross-dressing to the whole town, she could slip back into her old life without anyone knowing of her deception. Now, she’s followed home by the emperor himself, who presents her with a new, virtue-inscribed sword in the compound courtyard as the entire village looks on. And in addition to the three virtues Mulan is familiar with, this sword contains a fourth: devotion to family. This personification of the patriarchy goes out of his way to show Mulan’s community that he doesn’t view masculine valor in a woman as unvirtuous, especially when it saves kin and country.

While this new Mulan has been hailed as a revisionist take on the nineties cartoon in keeping with 2020 gender sensibilities, it also represents a return to the story’s classic roots as the live action film weaves in references to the original tale.