It’s no great secret that audiences are weary of live action remakes and reboots. If we measure the live action Disney age as starting in 2010 with the release of Alice in Wonderland, they’ve now been at it for ten years and show no signs of stopping. We can only assume Disney will continue this trend until it stops paying or until they run out of things to remake. They’ve effectively robbed their future selves by spending the last ten years rehashing old films rather than create new movies that could someday serve as fodder for future remakes. Reincarnations are either raged against for straying too far from source material or yawned at for not straying enough. Disney now intends to release a new Little Mermaid and a Peter Pan adaptation titled Peter and Wendy. But instead of booing, audiences are cheering–because of the casting. 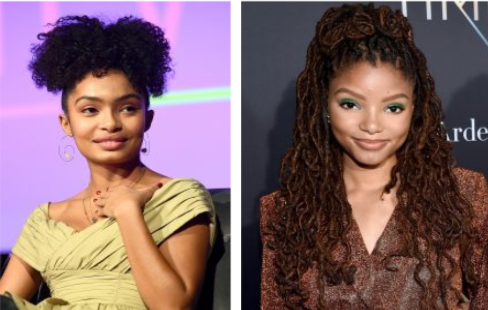 Actress Yara Shahidi features as Tinkerbell and Halle Bailey takes the leading role of Ariel in The Little Mermaid. Both are young black women. Media’s swell of diversification has run parallel with the trend of reboots. In an era that celebrates diversity on all fronts, especially entertainment, this has been applauded by almost all fans, save some hardcore Disney traditionalists and viewers who feel that peppering white casts with a single black actor gets into tokenism. With the Academy Awards now requiring diversity as a prerequisite to Oscar eligibility, studios may soon resort to tokenism as a rule of thumb. Black YouTuber The Lonely Banter decried Tinkerbell’s casting as tokenism and complained, “How is Disney being diverse by remaking Peter Pan for the fifty-leventh time?”
In my years of adaptation analysis, I’ve waited for filmmakers to grow weary of recycled media and shake it up with some radical new era of TV and movies, where viewers are treated to wildly inventive new plots or adaptations of obscure stories. It would be refreshing to venture into less-known tales. But changing up the palette might be enough to encourage viewers to patronize classic stories time and time again.
Shorter fairy tales like The Frog Prince or Cinderella don’t delve into physical description much, but we can assume their characters to be white given the country of origin. But both Peter Pan and The Little Mermaid started as longer texts. The Little Mermaid began as a book-length literary fairy tale. Peter Pan was born as a play that grew into a novel. Tinkerbell’s race and coloring are never mentioned in either text, but here’s Hans Christian Anderson’s description of his mermaid:

“(T)he youngest was the prettiest of them all; her skin was as clear and delicate as a rose-leaf, and her eyes as blue as the deepest sea; but, like all the others, she had no feet, and her body ended in a fish’s tail.”

Personally I feel like rose leaves are green, unless leaves are supposed to be petals, but you get the idea. She’s white. Yara Shahidi’s Tinkerbell is an open interpretation of a character left blank in the source material, but Halle Bailey’s casting directly alters the character.
It’s notable that both of these actresses have been cast as fantastical creatures.  If the world of this new Little Mermaid resembles Hans Christian Andersen’s Denmark, one would expect most of the humans, especially Prince Erik, to be white, but who’s to say there can’t be black mermaids off the coast of Copenhagen? Likewise, fairies aren’t bound by race. 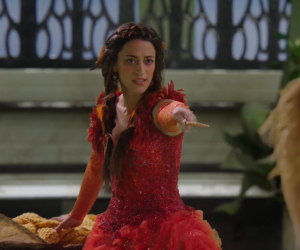 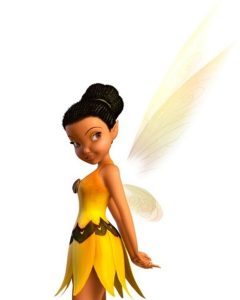 When TV show Once Upon A Time expanded their cast of Neverland characters to include Tiger Lily, they made her a fairy, not a Native human, to dodge the racist baggage of the source material. Tinkerbell had a black friend, Iridessa, in the Disney Fairies franchise. Casting actresses of color as supernatural creatures isn’t necessarily dehumanizing, as these are beloved classic characters. What little girl doesn’t fantasize about being a fairy or mermaid? 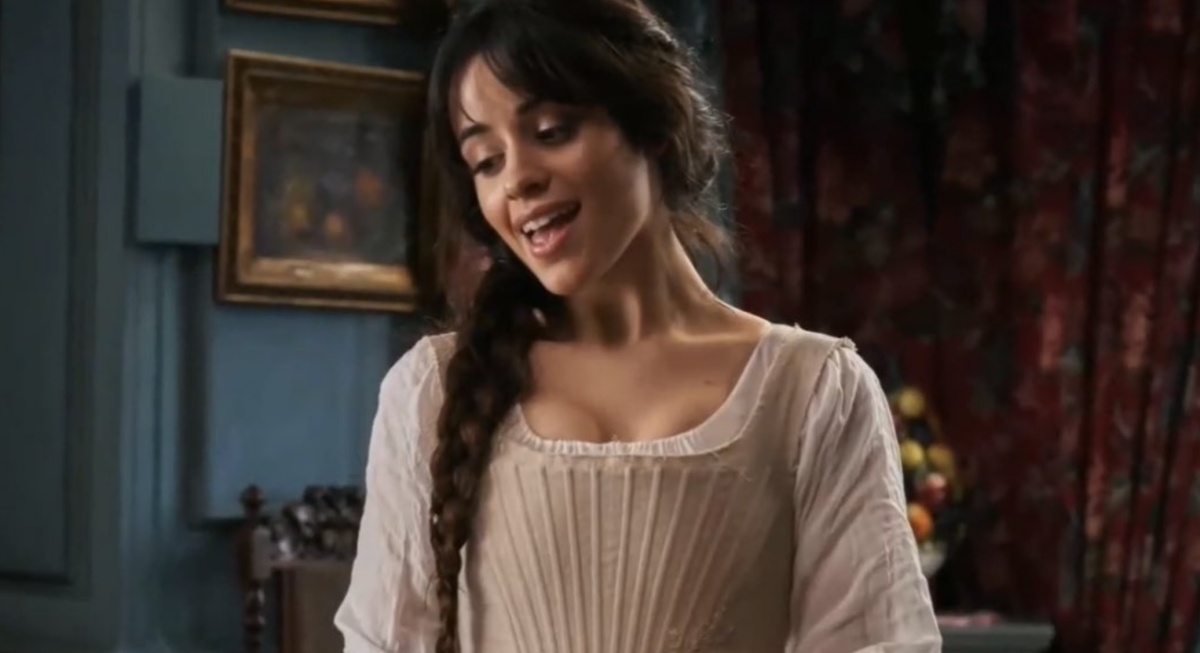 
Hispanic singer Camilla Cabello has been cast as a human Cinderella in an upcoming Sony film. In an interview, she stated, “I’m really happy that we’re at a point now in culture where…little girls can see themselves represented. And I think that is so important and it’s about time.”

Sony is brave to launch another live action Cindy only six years on the heels of a previous one. But Cabello won’t be the first Hispanic Cinderella at all. The final season of Once Upon A Time cast Dania Ramirez as an amnesiac Cinderella going by the name Jacinda in modern day Seattle. Jacinda is a Hispanic working class single mom who lives with a roommate (Princess Tiana, aka Sabine) to make ends meet. There is a place for media that injects people of color into European fairy tales, coloring fantasy in a broader array of color, without letting a character’s race have any bearing on the story. But is there not also a place for diversity that lets inclusion transform media, altering the story as well as character?

Cinderella was Chinese in the 2007 Year of the Fish, which steps back from the popular European take and resurrects an older Chinese version of the tale. This Cinderella is a human-trafficked illegal immigrant who works as a housekeeper in a Chinatown brothel while refusing to become a prostitute. She’s also been black at least twice. The 1978 TV movie Cindy sets the story in Harlem and addresses poverty, war, and religion. The Baptist-raised, hallelujah-shouting Cindy accidentally gets her stepmother excommunicated when she starts a flash mob during her Episcopalian services. The 1997 Dancehall Queen localizes the story in Jamaica. Marcia, the Cinderella heroine, develops a hypersexualized alter ego as a way to earn survival money after her sugar daddy rapes her teenage daughter.

Dancehall Queen and Year of the Fish are low-budget indie films. Cindy aired before the advent of VHS distribution. All lack the reach of Brandy’s portrayal of the Rodgers and Hammerstein Cinderella, a lovely fantasy where people of all races exist in harmony, released the same year as Dancehall Queen. The Brandy film shares a distributor (Disney) with the classic 1950 cartoon and is itself a new version of two previous Rodgers and Hammerstein Cinderellas, both of which portrayed the princess as white. Brandy’s Cinderella did not redefine the character because she is forever in her ancestors’ shadow. She is a beloved childhood classic for many girls and women, but most ensuing adaptations portrayed Cinderella as white.
We are living in a time when the explosion of media and technology means more people are fans of more things than ever before. There are diverse fairy tale adaptations aplenty for fans of all backgrounds to admire. But only a portrayal by a powerhouse studio or network can permanently redefine a fairy tale. There were white adaptations of The Frog Prince prior to Annika Noni Rose’s animated portrayal of the princess. Our FTTV database counts 26 adaptations, 20 of these airing before Disney lifted the character out of her fairy-tale kingdom, settled her in the Louisiana bayou, swapped her crown for a waitress apron, and added the twist of having both lovers transform into frogs. More than ten years out from the film, the jazzy soundtrack and Southern setting have cemented her as black in the public imagination; so thoroughly so that critics of black mermaids have compared Ariel’s casting to making Tiana a white woman.

If filmmakers truly want to break new ground, to birth remakes that give audiences something new to love in a familiar tale, they must grow to be diverse in plot as well as palette. If Tiana can do this for the frog’s princess, what could more modernized, more realized versions of other fairy tales do for other storybook heroines, including human ones? And what of never before adapted tales? There’s a whole continent’s worth of myths, legends, and folktales in Africa, largely untouched by American screens. Surely they exist in indie and indigenous portrayals, but like the Chinatown, Jamaican, and Harlem Cinderella, they remain in the shadows. The American descendants of Africans who once told these tales have not, for the most part, remained connected to these stories and would need to rediscover them before sending them to the screens.
If a white mermaid may be made black, could we someday see an American movie or TV episode featuring Mami Wata, a mermaid-like water spirit from African tradition? Black Ariel’s advent has already drawn comparisons to her. Spotlighting a story like this would necessitate bringing in screenwriters and directors of color, or white filmmakers who are earnest devotees and researchers of international stories. One well-made, well-received portrayal by a major studio or TV network could be enough to inspire other creators to take up the tale, or even generate remakes of its own a generation or two out from now. Adaptation is a beautiful inevitability, allowing stories to perpetuate themselves, but cultures have full agency to choose which stories are worthy of adaptation. Diversity-hungry audiences will welcome new stories, not just new faces. Rather than adjust the palette as filmmakers churn out classic stories for the fifty-leventh time, let’s allow people of color to transform timeless tales into modernized settings as vibrant as Tiana’s Roaring Twenties Big Easy, or, like Jacinda, address social realities of the people who consume these tales.